The village of Piondo looks like a tiny Far West town with its wood and cement houses embellished by bougainvilleas and rose gardens, its palm oil company and its mosque. On the left side of the main street, posters indicate the house of the farmers’ union, the epicenter of resistance. We cross paths with peasants from the local Ta tribe to whom the palm oil company promised, in 1996, to build houses and create cultivable land. We also see peasants from overpopulated islands who, 30 years ago, took advantage of a government program called “transmigration” and moved to the still virgin lands of Sulawesi. In the last 10 years, they have been fighting together against this palm oil company that didn’t keep its promises and took over, not the originally planned 14,800 acres but 24,700 acres that has slowly encircled them. There were over 650 conflicts like this in 2017 and 144 in 2018. Today, the peasants claim customary land rights and propose a new ecological agricultural model inspired by ancestral skills as part of the government’s agrarian reform program. They have reintroduced vegetable plantations, organic rice, turmeric and ginger that are today sold throughout the district. Only organic growing to offset palm oils.

Mina Susana Setra is a Dayak Pampang from Kalimantan. This people lives essentially in the forest that has become, in a few decades, a vast expanse of oil palm trees signaling the loss of their livelihood, traditions and culture. When she was a teenager, Mina decided to get involved and, at age 22 in 1999, she joined Aman (the Alliance of indigenous peoples in the Indonesian archipelago) that groups together 2,359 communities and has 17 million members). In 2017, she became its secretary general of cultural and social affairs. Thus she shows that an indigenous woman is no longer a second class citizen and can hold a responsible position. In 2013 she participated in changing the 1999 law on indigenous forests that now are no longer considered to be government forests. In parallel, she has created a citizen’s media and imagines original strategies to defend the indigenous people’s land and human rights like using social networks or sending text and Whatsapp messages to government representatives. In short, putting pressure on them. The strategy has paid off, because, for the past few years, the government has agreed to open a dialogue. Today it prepares to redistribute 31.4 million acres of land to indigenous communities and inhabitants of the forest. But these communities and inhabitants are still waiting for a law to protect their rights.

Indigenous people have found themselves in the front line of this combat against deforestation. It is vital for their survival and ours as well since their ancestral lands cover 98.8 million acres of forest or almost half of the world’s remaining virgin forest cover. This means that the future of Indonesia’s “green lung”, so precious for the planet, is perhaps in their hands. But today, these people are worried about new threats like the exploitation of coal and mineral mines and the construction of hydroelectric dams. They know that other combats await them.

“Agroecology is an answer to extractive industries”

L'Arbre-Monde (The tree as a world), by Richard Powers, Editions Le Cherche-Midi

TOWARDS AN AGRICULTURAL, ECOLOGICAL REVOLUTION

THE VOICE FOR EMANCIPATING WOMEN

The 1974 marriage law in Indonesia stipulates that “the husband is head of the family and the wife is mistress of the home”. A rigid division in the country with the world’s largest Muslim population where different religions coexist. In any case, this article legitimized the domination of men in the heart of the family and community. It also limits women’s activities to a domestic setting and prevents them from making decisions. But because of the agrarian combat, the women had to pick up the slack. Their husbands were in prison or protesting on the barricades so they went into the fields and began growing vegetables, especially ginger. Then they created a women’s cooperative that helps them sell their products derived from this “red gold” but also lets them borrow, save money and invest in projects. This is the beginning of the autonomization, even emancipation, of these women who, four years ago, had to ask their husbands’ permission. Today, these husbands are proud of the results since they weren’t successful starting their own cooperatives.

“Before, women stayed home and now they can get together and share their experiences”

THE WOMAN WHO SAID NO

With a baseball cap pulled down on her head, piercing eyes and an authoritarian voice, Eva Bande doesn’t like to tell her story. However her childhood forged her character and activism. She grew up in Luwuk, a tiny city in Sulawesi, in a very conservative family. Her policeman father didn’t want her to go to university. But Eva “didn’t accept no for an answer” and continued her studies by paying for them herself. On campus, her law studies helped her defend the most marginalized people, first women and then indigenous or agrarian communities. When in 2011, a palm oil company tried to establish itself on farmers’ lands in the Toili district, Eva became the people’s mediator. But the company pursued their plans to expropriate the land and closed the roads leading to the fields. The outraged peasants organized a peaceful demonstration outside the company’s headquarters on May 26, 2011. Eva and 23 farmers were arrested, presumably for inciting violence. She was sentenced to 4 years in prison and pardoned in 2014. Since then, she has continued the fight. She is one of the rare women activists who has dared rise up against the destruction of the environment.

“For me it’s simple, we cannot be defeated when faced with injustice”

ILong lines of tree trunks floating non-stop down Indonesian rivers on the way to being exported, gutted forests as far as the eye can see, frightened orangutans and a resigned population, all these have become the symbols of these “sad tropics”. Today, the world’s third-largest tropical forest is even more threatened than the Amazon. It lost 59,3 million acres between 2001 and 2017, equivalent to the surface of the United Kingdom and a surface equal to six soccer fields is cleared every minute. The cause: huge palm oil and hevea (rubber tree) industries, the food industry and the paper pulp and agrofuel industries.

In 2018 the government launched a moratorium on new licences to plant palm oil trees. While waiting for this to take effect, deforestation continues, fires intensify and environmental disasters overwhelm the country. Indonesia has become a textbook case of what must definitely not be done and a “laboratory” for global warming.

Throughout the country, the key victims are the indigenous communities, 170 million people in all, especially those who live in the forests. However, a 2012 decree specified that their forests are recognized under customary law and the project for a law protecting the people and their habitation has been under study since 2018. But no official map of Indonesia or its forests has been made since the country gained independence in 1945. This vagueness leaves the field open for companies who violate the land rights of indigenous peoples or those people who have migrated to Indonesia’s virgin territories.

So together they fight and imagine new agricultural models inspired by traditional skills as ecological agriculture becomes an alternative to deforestation.

“There are only two choices: fight or be oppressed”

THE REBEL AGAINST PALM OIL

76 million tons of palm oil were produced in the world on 36.6 million acres.

20 million Indonesians live off this industry.

The world’s top producer and exporter of palm oil

law on the recognition of indigenous forests

moratorium on the octroi of new concessions

In 2025, all Indonesian lands must be certified. 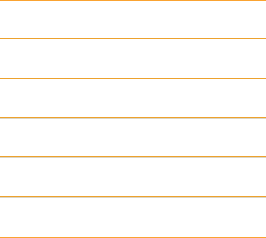