Because the Shipibos were still discriminated against and marginalized in the city, Ketty Gonzales, Lidia’s niece, committed herself to safeguarding the Pucallpa language. At age 32, she today represents the new generation of bilingual teachers. For the last 3 years, she has participated in an experimental education program at the San Francisco middle school. And since emigration to the city often means abandoning one’s native language and culture, Ketty has also hosted a daily radio program in Shipibo since 2017, Axenon Ikanwe, that means “we learn together”. She addresses subjects on traditional culture and also taboo subjects like introcision and forced marriages. Recently, she launched a Shipibo poetry contest and is currently preparing an e.dictionary. All these initiatives have helped increase the number of people who speak Shipibo between 2007 and 2017 by more than 50% which means that today over 30,000 people speak the language.

Her story is an ongoing one of fighting and resistance. As the only daughter in a family of 12 boys, Diana Mori grew up in the Patria Nueva jungle where she only had to climb a tree to get something to eat. When the guerrillas of the Sentier Luminous (Shining Path) captured her along with 3 of her brothers when she was 14 years old, she was the only one to escape. This was her wake-up call: education is vital for emancipating and conquering rights for Shipibo women. She worked in a restaurant to pay for her studies and became a professor of literature before participating in her first elections at the age of 22. She became the first indigenous woman elected in the region and today represents indigenous peoples for the regional Ucayali government.

Speaking a language means defending an identity and resisting cultural globalization. Being bilingual today can be a tool for the self-determination of indigenous peoples and a weapon for emancipating women.

“They wanted to exterminate us but couldn’t do it”

“Thanks to language, the Shipibo people will have more rights and be free”

“I like freedom. The transgression of gender standards in the Amerindian Amazon” by Magdalena Helena Dziubinska l'éditions de l’Université Paris-Nanterre

Thanks to Allianza Arkana and the Ariap association that encourages initiatives to revive the Shipibo language and culture, to Nora Reategui from the Paoyhan community and to Segundina Cumapa from the Amazon intercultural university in Pucallpa.

As a child, her parents forbid her to say she was a Shipibo so people wouldn’t make fun of her. Throughout her youth she lived in shame until the day that, not knowing any longer who she was, she decided to wear her traditional outfit and learn her language. She followed Lidia Gonzales’ classes at the Amazon Intercultural university that was created in 1999 by and for indigenous people. Since then, she has also become a bilingual teacher in primary schools. She just returned to her community so “children can construct their own knowledge by using their language and culture”. Besides this, she fights for the recognition of the Shipibo people’s rights.

A LIFE SERVING THE SHIPIBO LANGUAGE

Lidia Gonzales comes from Roaboya, a village of a few hundred inhabitants located along the banks of the Ucayali River in the heart of Peru’s Amazon rainforest. Following her people’s tradition, she didn’t go beyond a primary school education since young girls were supposed to get married and manage their home by then. But she decided to leave her community at 16 and go to the city of Pucallpa where she became aware of the importance of bilingualism. She decided to dedicate her life to preserving her language and in 1973 became the first female bilingual Shipibo-Spanish teacher for primary schools. In the 1990’s she participated in the intercultural education reform and created textbooks based in indigenous cultures. Today the children in over 280 schools who benefit from her teaching methods represent the future of the Shipibo people.

“My name in Shipibo means chononcate: a bird that brings messages”

The United Nations and UNESCO proclaimed 2019 the international year of indigenous languages.

Of the 4,000 indigenous languages spoken around the world, almost 2,000 are endangered. Each time one disappears, it means that an entire culture and identity die.

Peru, with over five million indigenous natives, is cited as an example and inspires numerous communities around the world. Over the past few decades, a government vice-minister for interculturality has undertaken a policy to revitalize indigenous languages and the cultures of communities through local radio stations, intergenerational workshops and news on public television.

Among Peru’s 47 indigenous languages, Shipibo is spoken in the east, in the Amazon jungle, by over 30,000 people.

This is why an integral part of the indigenous awakening is more than simply learning their own language to counterbalance the “Castilianization” of the Spanish colonizers.

The language’s revitalization was also developed by women who saw in it a form of emancipation in the very patriarchal Shipibo society.

“Language is vital to not disappear …”

A PIONEER IN BILINGUAL EDUCATION

speakers in the Ucayali province

the first law on education and the first bilingual schools 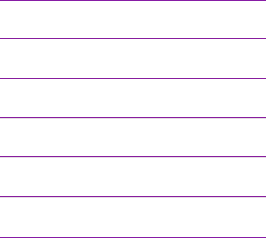