In the suburbs of Papeete, far from the picturesque beaches and coconut trees, the “Te Pu o te hau” residence (meaning “Haven of Peace” in Tahitian) has existed since 1993. Women and children can stay there for up to three months, the time to put themselves back together. The bars on the windows protect them, they regain confidence through activities such as gardening, sewing and cooking and can then slowly set up a project for their personal life. With much humility, professionals accompany them as they accomplish trainings or look for jobs and housing. Their victories are silent but steady, in the image of this pink-walled building that exudes a sense of serenity. In 2018 the center welcomed 185 women and 288 children but almost 140 women and children were still refused. That is why an extension project is underway to create a unit for retired women and a place to sell the women’s handicrafts.

“Sometimes when they arrive, they sleep for three days”

There are between 300 and 500 homeless people in Papeete and one out of every 1000 Polynesian inhabitants lives on the street.

A disturbing reality, especially since the numbers continue to rise. In 2018, of the 7 homeless people who died in the city, most were women, double victims of domestic violence, street attacks and health issues. Abandoned by society and their family, they can be found in Papeete near the market or cathedral. Father Christophe gives them food and clothing and helps them find jobs or trainings. In secret many call him “Jesus”. Every Thursday evening from 6 to 9 PM he rides through the streets in his “mercy truck”. He and other volunteers serve almost 100 meals a day to the neediest and since 2014, Chantal Galenon has accompanied him in this work.

“We also must help men”

Polynesian women are waking up but Chantal Galenon wants to go further and imagines opening spaces where men can talk to break their silence and understand the sorrows that eat away at them in this lost paradise.

“You can’t let this go on forever, otherwise you stay”

Pina de Titaua Peu, at Editions Au vent Des Îles is the first book that shows the underside of Tahiti

THOSE NEGLECTED BY SOCIETY

THE ONLY CENTER FOR BATTERED WOMEN IN POLYNESIA

One month ago Hina, age 42, almost died from the beatings of her companion. Finally she had the courage to leave her home with her 11 year old daughter and move into the residence. Like 83% of the victims, she was silent for a long time under the pressure of her Tané (companion) but also the pressure of society. Her shame - “ha ama” – meant that she didn’t speak of the beatings to protect her family’s honor. But the day her daughter cried out “no Mama, I don’t want you to die” she escaped. She arrived three days ago and has slowly come out of her bubble of pain to rediscover her lost confidence. She knows she will never be like other women but learns to love life and project herself into the future with her daughter.

“This must stop Mama, you have to think about me!”

A LIFE TO SERVE WOMEN

Born on the island of Tahiti and raised with the traditional Polynesian values of “respect, sharing and solidarity”, Chantal discovered the story of her grandmother when she was 15 years old. She then sought to understand why these forgotten, invisible women became the scapegoats of a society that doesn’t acknowledge what is going on. She decided to become a teacher and then a school director since for her, education is the key to defending, validating and respecting women.

For 25 years, Chantal Galenon has incarnated the resilience and awakening of Polynesian women. She has fought for their rights and accompanied many women in their distress. She is president of the “Vahine Piri Riva” association and, since 2014, the Council of Polynesian women that runs the “Pu o te Hau” residence.

“Minarri: ‘Little love’ is my grandmother’s name yet she was a battered woman”.

When we evoke the word “Polynesia”, idyllic images of atolls and blue lagoons or half-naked Tahitian women in pareos with tiare flowers behind their ears and dark hair cascading down their backs awakens the imagination.

But a completely different reality hides behind these clichés. Polynesian society has a sad record of violence against women. Every day three women are victims of violent aggression in a population of almost 300,000. According to a 2019 report, this is almost twice as many as in France.

This is alarming and for good reasons which include uprooting, precariousness, alcohol, drugs, the explosion of family units and overcrowded residences …

Today reducing domestic violence is a government priority. To reach this goal, actions have been set up like “serious danger” telephone lines or the creation of a Facebook page by the public prosecutor.

In 2019 as part of the Grenelle agreement against domestic violence, French Prime Minister Edouard Philippe announced the application of certain provisions in Polynesia but they are difficult to enforce throughout the country’s 16,000 square kilometers.

Meanwhile the Women’s Council has spoken up for these women over the past 35 years. Its work heals the wounds of a society that, though seemingly modern and anchored in its culture, is torn between parallel worlds, each oblivious to what is happening in the other.

THE AWAKENING OF POLYNESIAN WOMEN 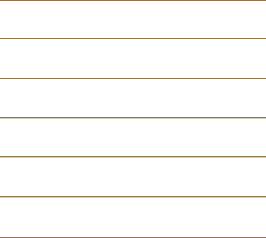