The commission’s first national hearing took place at the Hotel Bonaventure in Montreal. Fanny Wylde met Cheryl from the Mohawk community and was stunned by the police’s lack of interest in finding her sister after she notified them of her disappearance. Seven weeks later, a hunter found Carleen, a mother of three, just two kilometers from her house. Dead. She had committed suicide. Cheryl continues to question the racism, political apathy and indifference of the media who talk about these crimes as incidental. For Cheryl and all the other families of victims, the investigation offers a gleam of hope and justice.

A search for truth along the “Highway of Tears”

Fanny met over 50 families in the context of the investigation. The testimony that most upset her was that of Françoise, her daughter's grandmother whose dramatic experience she had never heard about. Many years ago, Françoise’s brother and sister disappeared. Children were often kidnapped and placed in Amerindian boarding schools in the late 19th and early 20th century to eradicate their culture. This profoundly wounded the indigenous society.

The commission was supposed to turn in its report and recommendations by the end of the year but seeing the number of testimonies and recent revelations, the government has decided to continue the work for another year.

“A question of justice but also reconciliation for an entire nation”

link to the investigative commission : http://www.mmiwg-ffada.ca/fr/video/

MMWIG : National investigation on indigenous women and girls who have disappeared or been assassinated : http://www.mmiwg-ffada.ca/

GENERATIONS OF CHILDREN TORN FROM THEIR FAMILIES HAVE BEEN SACRIFICED

A NATIONAL INVESTIGATIVE COMMISSION TO ESTABLISH THE TRUTH

Fanny Wylde was a prosecutor in numerous indigenous communities in Quebec that used a thousand-year-old justice system which privileges restoration over punishment. The accused, the victim, their families and the community work hand-in-hand. The objective? An amicable understanding and direct reparation rather than a prison sentence. This pioneering system has inspired the setting up of alternative justice programs in Europe. Since 2014, France now proposes thirty restorative justice programs.

Her grandfather gave her a desire to defend her people. Born in Pikogan, 1000 kilometers from Montreal in Algonquin territory, Fanny Wylde left her community at age 12 following his advice. Victim of a rape at 16 and then a young mother, she became the first female indigenous lawyer in Quebec. She is proud to be able to support indigenous people ignored by Canadian society until the recent revelations about Amerindian boarding schools and women’s assassinations. Today Fanny Wylde is part of the national investigative commission for indigenous women who have disappeared or been assassinated. She participates as much for being a woman as for being an indigenous person.

“ Their story is my story ”

In Quebec, Amerindian woman are the great forgotten group of Canadian society. They do not benefit from the same rights and are five times more likely to be victims of sexual violence than other women.

In 30 years, 4.000 Amerindian women, and perhaps even more, have been assassinated or disappeared in Canada. Officially there are only 1.200.

Their stories are largely unknown.

A woman killed in complete indifference tarnishes the reputation of a country that stands up for human rights.

Since 2015, more people are speaking out and an investigative commission on women who have disappeared or been assassinated has listened to testimonies from families, offering them hope to know the truth.

As of today, 1273 families and survivors have spoken, 15 hearings have been conducted around the country!

OF SEXUAL AGGRESSIONS ARE COMMITTED ON INDIGENOUS WOMEN

WOMEN IN THE CANADIAN FEMALE POPULATION 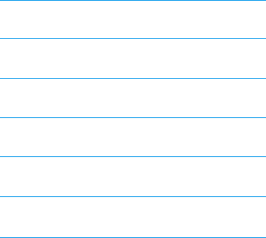