Every week there is a Sevota meeting in each of Rwanda’s 11 districts. Every story is different. But the women advance together and share their experiences. Meeting the others already means not feeling alone, being comforted and rediscovering their dignity. They participate in role-playing games and self-healing workshops where simple gestures like tapping the face or hand, singing songs or dancing help push back destructive thoughts. Because “we can’t heal the trauma but we can learn to manage it”. Godelieve didn’t learn these therapies in books, she thought them up during her first meetings with women in 1994. It was necessary to ease the suffering and improve the well-being of these women. Today, when hearing their experiences, a question comes back continually: what human being can commit such crimes and what human being can pick him or herself up after having been the target? Sevota has been showing this humanity since 1994. And after seeing them, we come out of these meetings richer. The women who have survived genocide are heroines and have an exemplary resilience that gives us a lesson of humanity and hope.

“It heals me as well. These women have become a remedy, as much as I aid them, they also help me re-establish myself.”

This is a search in the name of dignity for all children born of rape. In Rwanda, these children are known as a “gift of misfortune” and there are between five and ten thousand of them. They are now 25 years old and have no choice but to live with this poisoned heritage. My father, the rapist. My father, the assassin. How to grow up when one is, despite one’s self, a living reminder of barbarity? “You are the product of genocide” Vestine told her daughter Ancille. The child responded by violence. Vestine had decided to keep the child despite everyone’s advice but it was unbearable until the day Vestine went to the Abiyubaka forum for women who had given birth to children through rape. She finally could reveal the truth about her daughter’s conception. As for Ancille, she went to the “Club of Peace”, a support group the women of Sevota created for this generation born of rape. She was finally able to put words to her suffering and could partly exorcise her phantoms. Slowly the two women were able to weave together a filial bond of love, since life is stronger than barbarity. Today Queen, Vestine’s granddaughter, is the symbol of this rediscovered love. Together they sing her this song: “These children are beautiful, they are children like any other. They are worthy of Rwanda”. But others did not succeed in getting over the trauma. These children were sacrificed since, unlike the orphans of genocide, they were not officially considered victims and didn’t receive any support from the government. There is no money to help them and care is minimal yet these children are the present and future of Rwanda.

As of 1996, teaching about the genocide has been included in the schoolbooks. When we question them on their origins, the children answer “We are all from Rwanda”. It took a generation for the country to reconcile itself and live in peace, at least in appearances. But the Rwandese also think that the world must remember that the brown spot of the Ntarama Memorial, fifty kilometers from Kigali, is that of children thrown against the wall by the militiamen or of their own mothers in case of a mixed marriage. A message sent to the governments who have a heavy responsibility in the genocide.

“There is a Rwandese proverb that says: even if a cow gives birth to a damaged calf, she will still nurse it”

“25 years later, we don’t forget but we learn to manage the traumatisms”

Unwanted, a play by Dorothée Munyaneza

Jean Hatzfeld published five books on the genocide. The last one is Un papa de sang (A papa of blood) Gallimard

Call it love, a story by Felwine Sarr

Bruce Clarke, an Englishman born in South Africa. He has worked in Rwanda since the end of the genocide to create places for memories. His paintings are inhabited by Rwanda and even moreso by the challenges of dominating relationships in the modern world: . https://www.bruce-clarke.com/

and to Sevota for having allowed us to meet these women. https://sevota.org/

RECONSTRUCT ONE'S SELF BY COLLECTIVE THERAPY

RAPE, A WEAPON OF MASS DESTRUCTION

In April 1994, rape was used as a weapon for extermination, it came from a Hutu racist ideology whose propaganda considered that Tutsi women were spies or lascivious women. Rape is also a weapon for transmitting AIDS. Even if most women were killed after having been used as sexual slaves, a United States report estimates that at least 250,000 of them were abused during the spring of 1994. Often made to feel guilty after this by their community, they closed themselves up in silence. In December 1994, Godelieve met Victoire Mukambanda, a survivor of this extreme barbarianism. It is important to remember that women had their genital organs mutilated by machetes or acid, others were raped with banana tree branches or shards of beer bottles. Sevota organized the first talking groups where they could share the suffering they had endured to erase their memory since rape is still taboo, not only in Rwanda but everywhere in the world. Little by little, one after the other, they helped each other and some even testified in front of the traditional people’s court, the Gacaca. This was how rape, considered in Rwandese law as the least serious crime in Category 4 equivalent to stealing furniture and thus not punishable, became a major Category 1 crime. A victory for these “brave women of Sevota” who contributed to condemning the former burgomaster of Taba in 1998 and inscribing rape as a crime of genocide. In 2005 and 2012, 2 million people who had committed these crimes were judged and 65% were declared guilty. On an international level, after having ignored or minimized the gravity of the events, the international penal courts for Rwanda (TPIR) held in Arusha, Tanzania over 20 years, judged 93 people and 62 of them were condemned.

“Wherever I went, militiamen raped me. I was buried alive and once was forced to drink Thiodan, an insecticide for killing insects … but I survived”

Godelieve grew up in the hills. Since she was a good student at school, her parents, Hutu farmers, accepted that she continue her studies and she became a social worker. She met her Tutsi husband in the town of Taba, they were married and had six children. They owned the Ama Moro “Peace” bar, a store and cultivable lands They lived happily until April 7th, 1994 because as of this day, those whose identity card said “Tutsi” were killed wherever they were. It was truly a manhunt for “prey” who were then slaughtered cruelly like cattle. Godelieve’s husband and children escaped and hid in the hills. She was considered a traitor since she had married a Tutsi. Her daughter was raped but miraculously everyone survived. Godelieve kept her promise and decided to help the surviving women and children. She created the Sevota association and with her husband was also committed to asking for justice for the genocide survivors. They accept to testify in front of the international criminal court for Rwanda (TPIR). In 1996, a few weeks before appearing, her husband was brutally assassinated along with her daughter Angelique and nine other people. Godelieve picked herself up and continued her mission to aid survivors. As she says so well, these women gave her back her own dignity and she now helps them rediscover their dignity. Today Sevota includes 80 associations and over 2,000 members. It offers not only psychological but also financial, social and educative support. Today she dreams of creating a foundation that will be an ambassador for women’s rights and an homage to Rwandese women.

“I am known as the righteous one”

On April 6th, 1994, an explosion reverberated in the skies of Kigali, Rwanda’s capital. An airplane had just been shot down. On board, president Juvenal Habyarimana and his Burundi counterpart. The death of Rwanda’s president would serve as a pretext for the massacre of Tutsis and moderate Hutus whose names were inscribed on lists. This was the culmination of a mechanical genocide, a process that had long been planned by the hardliners of the Hutu regime. Between April 7th and July 1994, almost a million people were assassinated in Rwanda and three-quarters of the Tutsi population perished. An execution rate four time higher than that recorded during the most intense period of the Nazi holocaust. With an average of 10,000 deaths each day, the Rwandan genocide became one of the 20th century’s biggest crimes. Sadly it is known for the use of machetes in massacres and the role the media played in inciting the massacre: hate-filled propaganda echoed by a population that felt neglected in Rwandese society since the Tutsis had been privileged as soon as the Belgians began colonizing the country. On the Mille Collines radio station, known as “radio machete”, hate messages were transmitted non-stop. It was necessary to “eliminate the cockroaches”, “Cut off children’s feet so they walk their entire lives on their knees” or even “Kill girls so there will be no future generations”. This anti-Tutsi propaganda was massive and simplistic: “If you don’t kill the Tutsis, they will kill you”. Among the authors of these crimes were soldiers, policemen, politicians and ordinary citizens as well as young men, women and even children. This mass murder had the particularity of being the first genocide of proximity since the executioners and victims were neighbors as are their survivors today.

The massacres ended when the FPR (Rwandan Patriotic Front) captured Kigali behind the Tutsi leader Paul Kagame. In July 1994 the country was devastated and in ruins. The surviving population was made up of 70% women. Everything had to be reconstructed. The women took over and, for the first time in their history became, at least legally, equal to men. In October 1994, Godelieve Mukasarasi created Sevota (Solidarity so widows and orphans can flourish to focus on work and self-promotion), a women’s association that offered psychological and financial support to widows of genocide, wives of those who had committed genocide and rape survivors as well as undesired children and orphans. In 25 years, Sevota has aided 74,752 people. It heals wounds, manage victims’ traumas and participates in building a serene society.

A HEROINE IN THE LAND OF GENOCIDE

MEN AND WOMEN WERE KILLED

OUT OF 7,5 MILLION INHABITANTS

CHILDREN ARE ORPHANS OF GENOCIDE,

according to an estimate by Unicef

THE HIGHEST PERIOD DURING

Based on a study by the World Health Organization (WHO)

OF THE WOMEN RAPED

THE ESTIMATED NUMBER OF WOMEN AND GIRLS THAT WERE RAPED IS

WERE BORN AS THE RESULT OF RAPE 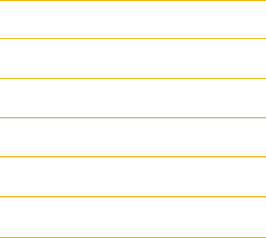