Because the population is lost and alcohol wreaks havoc, the term “cultural genocide” is barely pronounced but Khantys speak instead of difficult times or discouraged youth. The "Numsang yoh" (Thinking people) culture camps were opened for them in 2000. In 7 years, they have welcomed over 3,000 children between 8 and 18 who come from the entire region. For a week they live in the forest as their ancestors did, follow the rules of Khanty life, speak the language, respect the spirits and live in a teepee. The day begins by a fire of joy known as “legendary” and ends with stories and songs. During the day they fish, hunt and discover different facets of their culture. Thanks to the elders, rhymes and the bear game (the Khantys’ cultural bible) were reintroduced as improvisational theater where young people can speak about what’s bothering them. This is a tradition with Finno-Ugrien peoples and is today the main objective of these therapy sessions that offer each person a chance to find their place as a Khanty in Russia today.

Svetlana was born in Pomoute, high upstream on the Kazym River in the forest. After migrating to the city, her parents secretly continued to transmit to her their love of Khanty culture. Today, she works in the Kazym library and prepares a method to teach the Khanty language through stories that are life lessons and philosophical teachings. By comparing themselves to the heroes in the stories, children can draw their own conclusions This is why Svetlana comes to the camp each year with her daughters. Today under the teepee called a tchoum, there is a penetrating warmth and deep peace. Ouliana the babouchka (grandmother) waits as the children sit down silently on the ground. Ouliana is a storyteller, singer and seamstress at the camp. Besides transmitting, she enriches the children’s theater or movie projects where they tell their Khanty stories of modern teenagers. These camps are a time for sharing and exchanges.

Like the grass growing on the steppes and the birds making nests at the tops of birch trees, the Khantys will resist. But though the language remains an identification marker, these culture camps are one of the rare channels for safeguarding this people who are still oppressed and scorned.

“We are not all similar but deep inside we are all alike.”

“I have the impression that we are a bit ashamed of our culture but here in our village, we can free ourselves from that”

THE HOPE OF THE NEW GENERATION

CULTURAL CAMPS: A REMEDY FOR DISPAIR

Olga Kravchenko is a beautiful woman of 60. She exudes an infinite softness and sometimes works as a healer. We quickly understand that Olga believes in a dozen gods, spirits and the Bear. She believes that women have four souls that live in the forest. She believes that fire is a goddess and a symbol of life that we must cherish by offering a piece of cloth or a red scarf. And, according to the legend, if we don’t speak to her properly, the fire goes out and life will too. This morning after the offerings, the fire caught on the east side of the fireplace which is a good omen. She practices this ritual regularly at the Kazym Museum in front of the children to ask the fire goddess to give the Khantys a wonderful future. This future was defined in the early 90’s because, even after 60 years of communism, forced collectivism and propaganda, the Russians weren’t able to erase the ancestral rites and beliefs. When she opened the anthropological school in Kazym, she decided to introduce the last living grandmothers to the children so they could transmit their knowledge. And even if the school closes because the authorities say it doesn’t meet the right standards, she imagined culture camps with Marina. Today Olga is a gardien of Khanty traditions.

“This territory’s protective spirit is a woman: the goddess of Kazym. She is not an ordinary woman, she is a warrior, a woman of combat who owns a sword”

Like many children born in the 70’s in Kazym, Marina didn’t have a traditional Khanty education. It was forbidden to speak the language and practice shamanism or rituals. The bear festival was replaced by the cult of idols like Lenin and Stalin and the spirit of the Communist Party imposed itself everywhere and tried to drive away the souls of ancestors who had peopled the Taiga and tundra regions. Deprived of her culture, Marina studied Russian. She was then appointed to teach in a boarding school and discovered that Khanty children, cut off from their families, ended up losing their traditions. So she became interested in her culture and questioned her aunts. Tatiana had become an anthropologist, Olga had a project to open a Khanty school. For Marina this was a revelation. She realized that for a long time she had felt deprived of part of herself. Since then, she has dedicated her life to preserving her culture, not only folklore, and has directed the Kazym museum since 2010. It offers workshops to transmit skills, teach songs and dances and reinvent traditional rituals. She also directs the summer culture camps where children discover their roots and their Khanty identity.

“There was no place here for our culture”

In 1892 there were 300,000 people who lived in tents, raised reindeer and gathered, hunted and fished in western Siberia. A century later, there are only 3,500 Khantys left to carry on the tradition. Stalin claimed that this semi-nomadic people was very backwards. The government authorities tried to make them settle by putting them in low-cost housing, sometimes in the forest and they organized sovkhozes (collectives) to produce fur. Children were sent to boarding school and only saw their families and unique, natural homeland during summer vacations. This intentional assimilation policy was carried out on these almost-deserted lands since they also hid a treasure: large gas and petrol deposits. In the 70’s, the land was exploited and the beautiful landscapes became ugly and polluted. The first victims were the fish, reindeer and then the reindeer breeders who migrated and crowded into villages. The traditional Khanty lifestyle was lost forever. Paradoxically, the only jobs available now are with the oil companies.

Then the USSR came apart. In 1999, the Khantys were free to live where they wanted and do business - or not – with the Russians. A law even recognized the existence of these Siberian peoples but the tough, colonizing Russians still administered almost the entire territory, even if the Khantys officially had relative autonomy. Their massive departure was a catastrophe. They abandoned entire sectors of activities and services like education and health. The Khantys had trouble adapting to the new economic conditions. They were disoriented and felt they were not as well off. They were allowed to renew with a past that had long been obscured but were also obliged to function in the modern world. Today their culture is disappearing and only a few have conserved its identity.

But in Kazym, this tiny village or 1,000 people in the middle of the Taiga, an eco-museum will try to save this culture from being forgotten. An anthropological school and culture camps are offered to children during the summer. The Khanty culture in the 21st century is slowly coming together with the goal of rediscovering its roots and inserting itself into modern society. This period of reconquering is organized by women, always at the heart of cultural transmissions.

AN AMBASSADOR FOR KHANTY CULTURE

indigenous minorities in the North

including the Mansis of western Siberia, recognized in 2000

nomads in the autonomous district

inhabitants in the district

- Kazym: the cultural base of Khanty with

Khantys can speak the language of their ancestors

- Suicide rate: three times as high as the average rate in Russia

- Tuberculosis rate: four times as high as the average in Russia

- Life expectancy is eleven years less than the average in Russia

of the Khanty-Mansiysk district’s population

in all of Russia

have a nomadic or semi-nomadic life 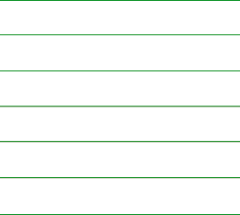 THE GUARDIAN OF TRADITION