The economy of Fort Berthold reservation is now strongly dependent on the oil industry. In 2018 its 1,370 pumping wells represented 1/3 of North Dakota’s entire production; a windfall for the reservation’s directors who received a fund of 180 million dollars for future generations. But the government doesn’t always know the quantity of oil and chemical products that are accidently or negligently spread under or on the ground. Since 2005, oil and gas companies are no longer legally required to justify the origin of the chemical products they use. And reports of industrial accidents, filed by the industries themselves, are often falsified.

So Kandi Mossett has become an initiator of alerts. She organizes public meetings and keeps the population informed. On social networks she tells about the horrifying reality of this black gold rush. In 2016 during the demonstrations at Standing Rock against construction of the Dakota Access Pipeline, her online posts were seen around the world. Since then, Kandi and her companions in this fight have succeeded in closing a solid waste pit within the reservation. And even if they regret the resumption of the Dakota pipeline’s construction in 2017, the building of the Keystone XL pipeline in 2019 or a new refinery that was built in Fort Berthold in 2012, they continue their fight, night and day, like the pumps that methodically draw oil out of their ancestral lands.

“Letting the fossil industry poison the lands means being empoisoned ourselves“

With the prospect of black gold, people have come from the four corners of the planet, searching for employment and a better life. They have often left their families and accepted difficult, dangerous working conditions. Salaries can easily reach 100,000 dollars a year. They are truck drivers, diggers, security agents or barmen and they live, under the best conditions, in people’s homes or, more often, in huge trailer parks. At the same time, crime has increased 200%, violence against women has tripled and many types of trafficking have multiplied. Though the number of policemen has increased, they are not able to protect Amerindian women who are the most vulnerable. Some have become easy prey for dealers, sexual perverts and prostitution. Today to be young, a woman and indigenous means one’s life is at risk at every moment. “Stay protected, keep the door closed and never go out alone” has become the reality of the everyday life of these Amerindian women. Their story continues in silence. However, the survival of the community depends on the survival of these women.

As soon as he was elected to the White House in 2016, Donald Trump renewed every authorization to build pipelines that Barack Obama had previously suspended. In April 2019, Trump even reduced the procedures to implement them. The Amerindians, joined by thousands of pale-faced militants, fight on every front for the environment, health and civil rights … Today the battle has moved to the technical, political and judicial arenas. It also represents the awakening of a new form of women’s activism.

“As indigenous women, we have eight times more of a chance than any other race to disappear or be killed on the reservation.”

The Bakken Goes Boom : Oil and the Changing Geographies of Western North Dakota. By Kyle Conway and William Caraher. Digital Press at The University of North Dakota

To the MADRE delegation of indigenous women: https://www.madre.org

To Kandi Mossett, author of the Indigenous Rising site: http://indigenousrising.org/kandi-mossett/

THE APPEAL OF THE FORT BERTHOLD WOMEN

THE ULTIMATE FIGHT OF AMERINDIANS

In April 2019, the NGO Madre, a women’s organization that defends human rights, organized a trip to the Fort Berthold reservation for women from Guatemala, Colombia, Nepal, Kenya … All are confronted by new forms of colonialism in their own countries. Kandi Mossett gave them a toxic tour. In seeing the pumps that plunge night and day, with regular rhythm, into the entrails of the earth to suck out its black blood or the fires that burn natural gas reserves on the surface, the women were extremely saddened. And revolted to see the deplorable living conditions of the Amerindians, the roads destroyed by the non-stop back-and-forth trips of cistern trucks and the dramatic increase in accidents.

At the same time, they admired Kandi’s fight which is, like theirs, at once ecological and spiritual. Together, they wrote a manifesto that they presented a few days later at the international conference of indigenous peoples at the United Nations. They are convinced that the future of indigenous communities will pass by this feminine solidarity while remembering that “neither the earth nor women are territories to be conquered”.

“We can fight this combat together since your combat is my combat.”

As far as the eye can see stretch the vast, grassy plains of North Dakota interspersed with lakes and swamps that have a strange, soothing beauty. Kandi Mossett, a member of the Mandan, Hidatsa and Arikara tribes, grew up in this environment. But slowly the landscape changed: pumps that resembled iron praying mantises, piles of steel tubes, cisterns, cranes, prefabricated villages and thousands of other indications of the black gold rush appeared. When she left the Fort Berthold reservation to go to college, she realized that what was going on in her community was not normal, especially the high rate of cancer in her family. At 20 she was diagnosed with a Sarcoma Stage 4 cancer. She was miraculously cured and decided to study natural resources and park management at university. Since then, she has dedicated her life to the environmental fight. Since 2015, during the international climate summit, she moved the entire audience with her testimony. Since then she has become known, worldwide, as an activist.

“What I’ve seen, in the time I’ve grown up and been here on this land, is the destruction of everything I love”

Since 2006, there has been a new Gold Rush, actually an “oil rush” in North Dakota near the Canadian border. The desolate landscape hasn’t changed but derricks lit by gas torches have sprouted up everywhere thanks to a permissive legislation. On the road we see long lines of trucks and along the roadside, camps for workers who have been hastily lodged in makeshift barracks. This new Eldorado is inscribed in the United States’ reconquering of energy independence, promised by Barack Obama for 2020. The country is now the largest gas and oil producer in the world.

But at what price?

Oil is at once a miracle and a curse. Certainly, the production of a million barrels a day has helped enrich this agrarian state and reduced unemployment to zero. But, under pressure from oil lobbies, the risks may have been under-estimated, especially the environmental impact and effect on the health of 60,000 inhabitants of this agrarian state. In the Amerindian reservations, this is evident. Pollution is visible, the land has been destroyed, the air and water poisoned by the industry’s chemical wastes, cows lose their tails and the cases of cancer or respiratory illness has risen alarmingly.

The Amerindians denounce a new form of genocide and ethnocide.

In this combat, the women have taken over. They run numerous environmental and civil rights organizations and willingly put themselves on the front line to save their nation, their people and all of humanity from the disasters of extractivism.

In a single voice, they recite the Cheyenne proverb: “A nation has not been conquered if its women’s hearts have not been buried”.

“Above all else, fight to protect every life, be a voice for those who cannot speak and never lose hope”

A SIOUX WARRIOR AGAINST EXTRACTION

in North Dakota, one million barrels are produced every day

in Fort Berthold reservation, 300,000 barrels are produced every day

Average salary of workers in the oil industry:

The rape rate in Williston, North Dakota is almost

According to the 2019 statistics of the American Cancer Society:

have been identified in North Dakota

higher than the national average

US Energy Policy Act. This law modified the United States’ energy policy by offering fiscal advantages and financial guarantees to energy producers, excusing them from justifying the origins of the chemical products they use.

OF THE POPULATION IS AMERINDIAN 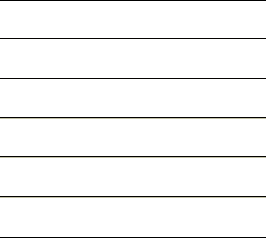