They stare straight ahead. Their faces are colored with paint around the eyes. Wearing crowns of blue, yellow and black feathers, they speak out to publicly condemn Ecuador and the oil drilling that is destroying the Amazon rainforest. These combative women, who come from 7 communities in the Pastaza province, have joined together since 2013 as part of the Mujeres Amazonica defensoras de la Selva (Amazon Women defend the Selva), a collective directed by Patricia Gualinga. She promotes a feminine resistance style that combines transparency, intuition and telling the truth. But according to an Amnesty International report published in 2019, these women are also victims of daily threats and aggressions as they risk their lives to protect the Amazon. A danger that Ecuador’s government seems to ignore.

“We have intuition. We can’t be easily bluffed …”

When in 2016 president Rafael Correa nicknamed them “environmental terrorists opposed to the nation’s development” the kichwas replied immediately on the Web. And that meant Facebook, Twitter, YouTube: multiple tools for the Sarayaku’s resistance.

And despite a sometimes-shaky connection, every day ten of them go into the computer-filled cyber-hut to post photos or feed their “Sarayaku, defensores de la Selva” Facebook page. Today the community’s communication service is directed by Samai, the daughter of the community’s longtime leader José Gualinga and Sabine Bouchat. When it’s her turn to lead, she intends to play the role of a resistance fighter by using new tools like the radio, Instagram and cartoons to tell the story of her people with their combat and their future.

Today, the recognition for the rights of nature is moving forward. Already rivers like the Ganges in India or forests like the Colombian Amazon have become the subjects of rights by legal or political decisions.

But certain lawyers want to go further and fight to have the crime of ecocide recognized in international law on the same level as crimes against humanity.

By building a legal arsenal to reply to ecological catastrophes.

“The living forest is a vision that can save us from the consequences of climate change.”

“Sarayaku is my people and my life, I want my daughter to be able to continue to live here”

“Le Chant de la Fleur” (The Song of the Flower) a film by Jacques Dochamps and José Gualinga produced by Iota Production http://www.iotaproduction.com

“Los descenties del Jaguar” (The descents of the Jaguar) a film by Eriberto Gualinga that received the Amnesty International prize in 2012 https://www.youtube.com/watch?v=Ma1QSmtuiLQ

“The living forest” a film by Marc Silver produced by Caroline Bennett https://www.marcsilver.net/projects/living-forest.php

THE FIRST GENERATION OF FIGHTERS

Cristina Gualinga is Patricia’s aunt and has taught the kichwa language and traditional skills in the community for many years. She is part of the first generation of resistants. As of 1996, she and her sisters met together in the early morning to drink Wayusa, a plant-based drink that is supposed to give energy and help purify the body, and imagine all possible strategies for reclaiming their rights and making the intruders leave. They never imagined that one day they would actually disarm the soldiers and chase the oil drillers from their lands. They experienced a series of intimidations and threats to destroy the social cohesion in their community. But they showed their determination and illustrated it by using, as a weapon, the words of the legend that says “Midday people will be the last ones to resist".

“Midday people will be the last ones to resist”

No road leads to Sarayaku. We can only reach this village on the banks of the Bobonaza River by dugout canoe. Patricia Gualinga was born and grew up here in a bamboo hut with a palm leaf roof. As the daughter of Don Sabino, the community’s Shaman, her life shifted on the day in 2002 when 600 soldiers and 400 workers arrived unannounced with helicopters, dogs and explosives to do seismic explorations. She then made her decision that was “No”. Patricia became a “Saramanta Warmikuna”, a messenger in the fight for the Amazon rainforest and an ambassador for nature’s rights. She is very determined though she regrets that she is continually on the defensive. In May 2019 she received the environmental activism prize at the International Festival of Environmental Films in the Canary Islands.

“As women we are radical. When we say no, it means no.”

In 2008, Ecuador was the first country to inscribe the rights of nature into its constitution even though 40% of its GDP and almost 60% of its exports are derived from hydrocarbons that are mostly located in the Amazon rainforest.

But “Exploit while preserving” seems to be this government’s motto since it launched a sustainable bioeconomic plan in July 2018.

In the same month, the Kichwa Indians of Sarayaku filed the Selva vivante (living tropical rainforest) declaration in Quito and requested that the land be inscribed in Unesco’s Intangible Heritage Section. According to their cosmogony, the earth and cosmos, human beings, animals, plants, stones, mountains and lakes form a total entity in which there are also the invisible living beings of the forest. This is why the forest must be protected as much as human beings.

This proposition was the fruit of a long story of resistance and combat.

In 1992, 1,200 Indians rose up to take back their right to the land that represented 333,600 acres of primal forest. But in 1996 the government gave an oil drilling concession on the Sarayaku’s land to the Argentinian company CGC. So this people of hunters, fishermen and farmers began to resist. And in 2012 the Inter-American Human Rights Court sentenced the Ecuadorian government to award them 1.4 million dollars for not respecting the Sarayaku’s right to be consulted in advance about oil drilling. This was an unprecedented victory.

Today the Sarayaku people dedicate themselves to promoting Sumak Kawsay that means “living together in harmony”. This philosophy of life guides the community and is a valued example for the world. They also intend to propose an alternative to reducing the consequences of global warming.

“No to destruction, Yes to the life of the planet”

AMBASSADOR FOR THE RIGHTS OF NATURE

OF ITS GDP AND ALMOST

OF ITS 16.8 MILLION INHABITANTS

SARAYAKU IS ONE OF THE COUNTRY'S

IN THE PASTAZA PROVINCE WITHIN THE AMAZON RAINFOREST

OIL BLOCKS, OF WHICH

ARE CURRENTLY BEING EXPLOITED

OF ITS EXPORTS COME FROM HYDROCARBONS

ECUADOR'S AMAZON RAINFOREST IS SEPARATED INTO

2008: THE YEAR THAT THE RIGHTS OF NATURE AND THE SOVEREIGNTY OF INDIGENOUS PEOPLES WERE RECOGNIZED 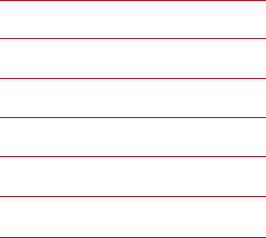